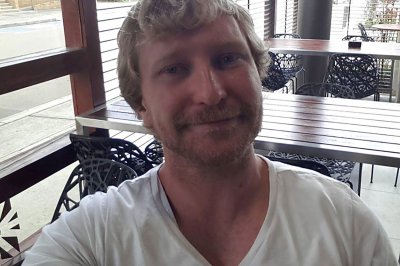 Australian man spent $1.5m over two years due to bank glitch and somehow got away with it

Now , what would you do , if you realized realise that you could keep withdrawing money from the bank way beyond what you've actually naturally paid into your account? A young Australian , Luke Moore found himself in that position. In March2010, 2010 he set up an account at a branch of St. George Bank . and an administrative error meant that whenever he asked for a loan, it was automatically granted. Over the next two years or so , he withdrew more than 2 million Australian dollars, about 1. 5 one and a half million U. S. US dollars. He's been telling me when it dawned on him , that he had access to limitless funds.

It happened slowly over time. And originally , I just had a normal everyday banking account. My home rentloan, my health insurance, things like that would come in and were coming out of it. And , the first thought sort of wakeweek, I was like , oh, when " While there was no money to pay the mortgage, what was I gonna do? " But then , it went through, and then I was like " OK" , Okay. and then the next 400 dollarsdollar, so there was then another next 500 dollars 400-dollar payment of my mortgage went through, . And that went on and on like that for and after about 12 months . and all what that was happening was , my account was becoming overdrawn.

So the bank said nothing to you , but you didn't think to say anything to the bank , to query what was happening?

I am I'm not sure exactly what I thought at the timeall. It was a confusing time for me. , and I was a young and foolish , 22-year-old , I who didn't really, I didn't know about the banking system or anything like that.